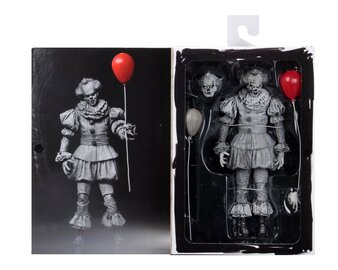 SDCC 2019 NECA "Engraved" Pennywise the Clown FIGURE
From the pages of Stephen King’s novel IT, and features the thing that nightmares are made of: Pennywise the Clown. This SDCC exclusive is based on the Derry Charter engraving from the film, and the 8″ scale figure is detailed in an “engraved” style, and comes with two head sculpts, and two balloons. It also comes packaged in a window box packaging with an opening flap, featuring debossed printing and foiled accents.
BUY NOW : $54.99 FREE SHIPPING ($5 OFF) 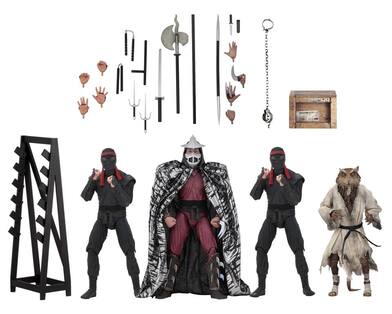 SDCC 2019 NECA TMNT The Capture of Splinter 4-Pack
​It’s World Turtle Day, which can only mean one thing – that it’s time for NECA’s annual Teenage Mutant Ninja Turtles San Diego Comic-Con exclusive reveal. This year’s offering will be The Capture of Splinter 4-Pack, a set of 7″ scale action figures recreating the “Capture of Splinte” scene from the 1990 film. The set includes Splinter (with a cloth robe), Shredder (with a cloth cape), and two Foot soldiers — along with several accessories, including manacles, a cardstock crate, and a weapons rack for storing all of the Foot clan accessories. It all comes packaged in a slipcase over window box.
​BUY NOW : $224.99 FREE SHIPPING ($10 OFF) 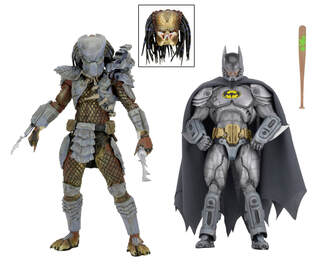 SDCC 2019 NECA 7″ Scale Action Figures – Batman vs Predator 2-Pack
Based on the 1991 Batman Versus Predator comic book mini-series, the figures each feature over 30 points of articulation. Batman comes with a fabric cape, a gun, and bat accessory — while The Predator includes two heads, a removable backpack, retractable wrist blades, and a spear accessory. 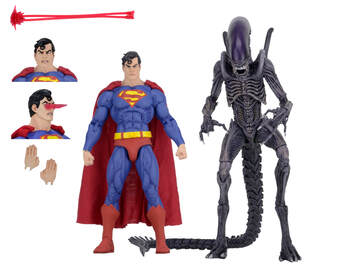 SDCC 2019 NECA DC/Dark Horse – 7” Scale Action Figures – Superman vs Aliens 2-Pack
The classic 1995 mash-up between the Man of Steel and the deadly Xenomorph is commemorated with these action figures featuring over 30 points of articulation on each figure, a fabric cape for Superman, and attachable eye blast effect. Superman measures in at about 7″ tall, while the Xenomorph comes in at about 9″ with bendable tail. It comes packaged in a window box with an opening flap.
​BUY NOW : $89.89 FREE SHIPPING 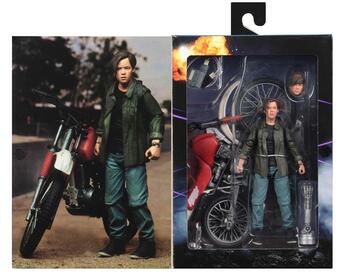 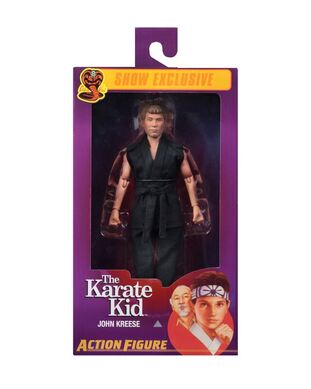 ​ORDER NOW : $69.89 FREE SHIPPING
ALL SDCC 2019 EXCLUSIVES SHIP AFTER JULY 22ND
CLICK HERE TO PAY WITH VENMO    or    CLICK HERE TO PAY WITH CASHAPP
EMAIL US AT NERDVANIA3000@GMAIL.COM TO PAY WITH BITCOIN OR OTHER CRYPTOCURRENCY ​​​​
​​​
Please note : All preorders come with a money back guarantee if we are unable to obtain your item. Some glam shots for exclusives may not be the final product and some details may changes. Stickers are not guaranteed, some items do not even have a sticker.